I went to see A Wrinkle in Time, the visually-pleasing, Oprahesque, feel-good, inspirational-quotes-filled movie just out in theatre, and I have already included in this sentence everything I’m going to say about it, because the best part of the movie actually happened before the movie.

I arrived at the theatre early to get “the good seats”, the ones exactly at the center of the theatre, relative to the height of the room and to the width of the screen. I settled in a surprisingly deep soft seat while my friend Mikhael braved the popcorn line. I wasn’t exactly centered – some earlier birds had that privilege – but about a quarter in, with 3 seats between me and the lucky birds. These were great enough seats.

An older gentleman with a large gnarled wooden cane entered the row. He held on to the back of the seats in front and shuffled sideways towards me with visible difficulty. I stood up so my seat would fold to offer him an easier passage, but our combined girth plus his cane did not fit the space between the rows. I pushed myself further into the seat. He squeezed past me. When he reached the open seats on the other side, however, he didn’t sit right away. He lifted a baseball cap from his destination seat, and turned back to me with a question mark on his brow.

“Do you know whose hat this is? Was someone saving this seat?”
“I don’t know. There was no one here when I got here.” I had a flash vision of our squeeze-dance of seconds prior. If the cap indeed marked a saved seat, we had a second dance coming, and I couldn’t see to let the man struggle back to the corridor to fight another row. I could have, in hindsight, I suppose, offered him my seat. But I didn’t think about it … I didn’t think about it until I was schooled with kindness, which happens at the end of this story, and I’m not there yet.

The man moved the hat over and sat down. We chit-chatted about the accident on the road outside, the rain, the upcoming movie. Small meaningful words with a sole purpose of connection. He grew quiet and I settled deeper in my seat. Then I noticed a phone in my cup holder. “Why would someone leave a phone in a …” The answer was entering the row before I could finish the thought.

Two boys, one of them barely taller than the seats’ backs, slinked down past all the seats and my raised knees by the smug agility of youth.
“Excuse me, I just need to get my hat.”
“Oh! I’m sorry. Was this your seat?” The older gentleman handed him his hat, contradicting the implication in his question.
“It’s okay.” The taller boy said, sliding again past me, and picking up his friend’s phone on the way.
“I just noticed there was a phone here.” I said. The words were true, but the excuse felt flat and false.
“It’s okay.” The taller boy repeated before meeting his friend already on tiptoes in the corridor in search of a new set of seats.

The older gentleman turned to me, “Well, now I feel bad. I mean, they had saved the seats, fair and square. What’s the point of saving a seat if people just sit there anyway?” He had slumped deeper in his seat and seemed genuinely ashamed of his behavior.
“Don’t worry. They’re young, they’re adaptable.” The words were meant to comfort myself as much as him. I wasn’t too proud either. I looked to the corridor. The boys were gone. I hoped they’d find good seats.

A few minutes later, my seat lurched forward. A kick in the back. A boy’s voice. Another kick in the back. I didn’t need to look. I knew exactly who sat behind me and from whose little legs those kicks emanated. I heard rustling behind me. Another kick. And another. So … that’s how it was going to be. I wasn’t upset at the kicks. Maybe I felt they were justified – I had, after all, “stolen” their saved seats. I wasn’t upset, but still I didn’t want to watch a whole movie with the kicking repercussions for my unintentional unkindness.

I considered moving to avoid escalating from kicks to confrontation, but by then the theatre was getting almost full. And also, these were great seats. And Mikhael was bound to return with popcorn to this exact location any minute. And I couldn’t move one to the right or to the left, because the entire row ahead was populated by tall people, except for the seat directly in front of me. I had the only unobstructed view, the only seat to accommodate my short height in the entire row.

A small hand tapped me on the right shoulder. It was the taller boy, sitting one seat to the right of directly behind me. I turned to find his boyish face peering between the backs.
“Excuse me. My friend is very short. We brought several pillows, but he’s still a bit too short to see the whole screen.”
“Oh! Does he need me to sink a little so he can see above my head? I didn’t think I was as tall as the back.”
“No, you’re fine. You’re not in the way at all. It’s just that he’s been struggling to get himself up there, and he just wanted to apologize to you for kicking your seat.”

Yep – right there! THAT is what Love would do.

There was one more kick after that, and I didn’t mind at all. I just hoped his pillows had not slid down. And I mindfully stayed deep in my own seat in case it helped.

Folks, if this is the next generation in charge, we’re going to be just fiiine. 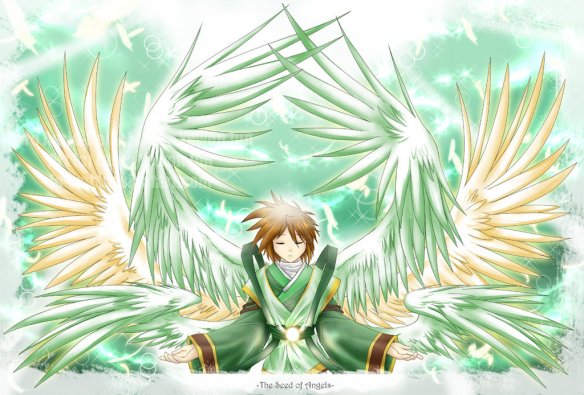 2 thoughts on “The best part about A Wrinkle in Time”